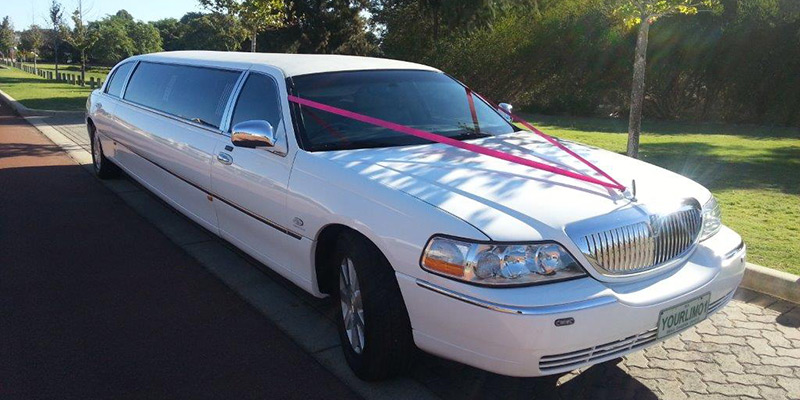 Adam arranged a surprise birthday limo tour for his girlfriend and some friends. Adam wanted to do something special for Sophie as she had had some not so great birthdays in the past.

It was arranged for our Lincoln limo to wait outside Sophie’s work place in Adelaide Terrace, Perth for Sophie and her friends to arrive after work. One of Sophie’s close friends had flown in from Broome especially for the occasion and was first to meet the driver on arrival. This friend had champagne and party hats and asked to hide inside the limo, so as to surprise Sophie some more.

Sophie and her friends walked outside. Sophie’s look of surprise as her friends told her the limo parked in the street was for her, was utterly beautiful. Sophie just kept asking what was going on.

Sophie was about to get into the limo, still in complete shock and was then brought to tears as she was surprised by her friend wishing her “happy birthday” from inside the limo. A truly beautiful moment.

Sophie had known she was going out to dinner that night but had no idea any of this had been planned. Adam had even managed to get Sophie to choose her complete outfit for the night, so that he could have a friend arrange for her to get changed at work. Very clever Adam!!!

Up to Kings Park for some memorable photos, before enjoying a leisurely coastal tour down to their destination at Sandrino’s Restaurant in Fremantle, Perth.

As Sophie stepped out of the limo, she was met by her boyfriend Adam, offering her a red rose and wishing her a happy birthday. A beautiful romantic gesture.

We were later informed at Adam’s friend’s wedding a few months later, Adam had proposed the morning after Sophie’s birthday. Who would have guessed? We are so happy for them both and wish them every happiness in the world.