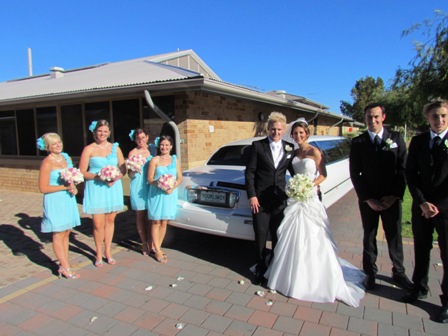 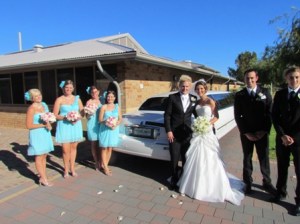 Sarah and Matthew were married at the Beautiful Kolbe Catholic school Church in Warnbro.

The bride was gorgeous and the attentive brides maids did a wonderful job looking after her and making certain everything went well.

The sun shone, and the photo’s taken by Rick should be outstanding.

The bridal Party took lots of pics on the Lawns in the school,and some waterside shots at another college locally,and then went down to the esplanade to get some shots on the Jetty.

While we were there,the fire alarm went off on a commercial property by the Jetty,false alarm as it happens,but Rick took some great shots of the ggirls with the firies.

Funny though,the girls were in most of the shots!!!!